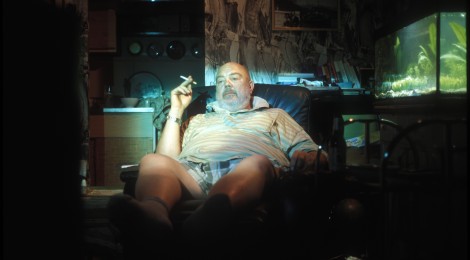 ‘Ganz Grosses Kino’ is a common expression in German slang – a description of any dramatic event, on or off the screen, often used ironically as a mockery of the theater of daily life.  Cinema has always been a way of traveling without traveling – moving images move us.

In an era of unprecedented mobility, life is becoming increasingly cinematic, as the fictions of the big screen blur into the realities of the daily news.  Disaster scenarios with wars, bombs, disease, natural catastrophe, irrevocably rising sea levels.  Is it Hollywood or CNN?  Is art mirroring life or vise versa?

While many struggle to survive, we, the fortunate, surf.  We surf the web, the slipstream, the information age.  We are constantly connected via smartphones iPads and apps; inundated with images, texts, and tweets; relentlessly bombarded with events, invitations, and offers. We live lives of perpetual motion from one piece of information to the next, from one opportunity to the next, and from one place to the next.  Mobility – both geographical and social – not so long ago the privilege of the few – is now taken for granted as the entitlement of the majority.  But as more and more people relocate, our open borders can sadly result in closing minds.

Throughout Europe, nationalism is on the rise; otherness exacerbated by openness.  Borders increasingly open to the right few still snap shut to the many others.  Historically having expelled millions, Berlin is still making up for it, reinventing itself as the go-to capital of the mobility age.

At the geographical center of Europe, Berlin acts as a vortex, sucking in the cool young things of art, fashion, media, music; professionals and tourists, migrant laborers and refugees.  Berlin is a city of migrants where everyone is always from elsewhere, somewhere anywhere but here.  It is a city of mobile people and moving images.

Berlin is a pit-stop in the race of upward mobility; a place in-between; an ideal stage for acting out the stories of otherness; a screen onto which to project our lives as we zoom past onto the next bright distraction in this era of impermanence.

‘Ganz Grosses Kino’ is an exhibition of art from elsewhere, about otherness, on the move to somewhere else.  It is a co-curation by 3 Berlin-based curators – Rachel Rits-Volloch of MOMENTUM, Constanze Kleiner, and David Szauder, with contributions from ikonoTV, and students of Bjørn Melhus’s Virtual Realities class at Kassel Univeristy.  It is a timeless exhibition of time-based art, placing the human dramas of the Old Masters alongside the digital dramas of our age.

From Caravaggio to the present, human dramas remain the same throughout the ages: war and disease, love and beauty, religious turmoil.  These are the realities of life, the subject of art, and in this era of mass information and weapons of mass destruction, our global political context is the greatest Grosses Kino of all: Kino International!

Using the setting of this iconic movie theater to reflect on the theater of life and art in Berlin, ‘Ganz Grosses Kino’ is our response to living in an age of displacement and distraction in a city perpetually rebuilding itself, ever evolving into somewhere else.